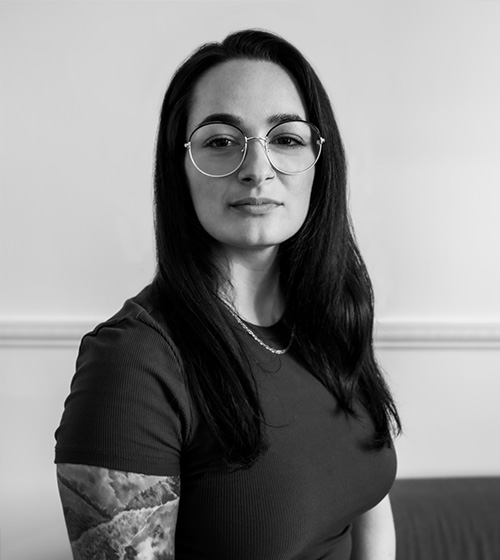 Coming from a big, boisterous Italian-American family of storytellers, Deanna’s calling was clear. She’s been telling stories for as long as she can remember in a multitude of mediums: she’s a live storyteller, a poet and a Zine creator in addition to making films. Deanna is an award-winning producer, writer and journalist. Her short QUEENS IN TRAINING played festivals across the country. At SideXSide, Deanna develops stories both for clients and for SideXSide original productions. She also writes scripts, manages projects, and keeps everyone on task. Previously, she produced videos for Education Week, where her work was featured on PBS NewsHour, HuffPost Education, and A&E. She’s also the head of operations for the DC chapter of the Video Consortium. Deanna speaks French.