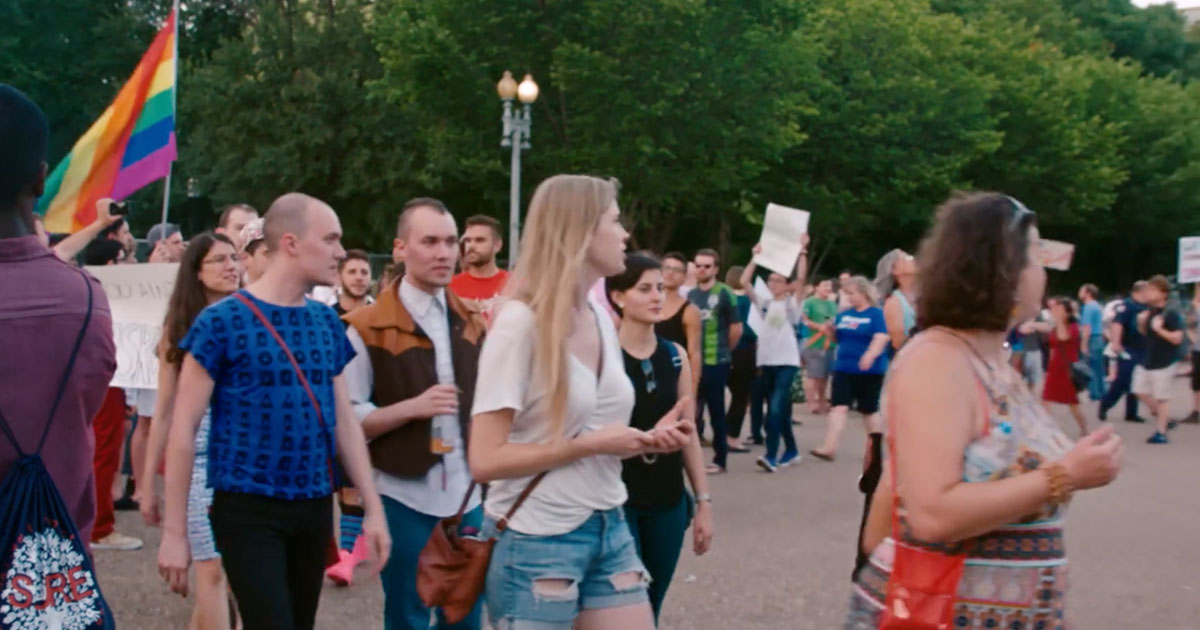 Today the transgender military ban goes into effect. This ban may not affect you directly, but trans or not we should all be aghast at what is happening. Yes, this is about national security and equality. But it also goes beyond that and speaks to where we find ourselves as a nation.

Have we become a country that will dismiss the lived experience of the armed forces because of a series of tweets? Have we become a nation that will dismiss the overwhelming consensus of military leaders and the most respected medical organizations in favor of a man who deliberately dodged the draft five times? Are we going to become a governing system that contorts itself to justify one man’s uninformed opinion? The checks and balances that have kept our country upright and moving forward are eroding and we should all be alarmed.

From 2015 to 2016 — before President Trump took office — the Department of Defense carefully studied the issue of transgender service in the Military. It looked at issues related to readiness, cost, and unit cohesion. Painstakingly, the military convened panels of medical, military and policy experts. They conferred with our closest allies who already allow open trans service. Top brass met with dozens of active duty trans service members to hear directly from them. The American Medical Association and American Psychological Association came out in support of open trans service, unequivocally stating there is no medical reason they should be barred from service. Dozens of current and retired Generals and Admirals voiced their support for trans service.

After a year of deliberation, the Department of Defense found it in its best interest to lift the ban. It carefully implemented policies and procedures to integrate transgender troops. From June 30, 2016 to yesterday, the Military told trans troops to serve openly. Our government told them to bring their full selves to work and they would be judged based on their ability to serve, not on their gender identity.

Then on July 26, 2017, after more than a year of open trans service, Trump tweeted his desire to ban trans troops (It also happened to be the same day that his former campaign chairman Paul Manfort’s house was raided by the FBI).

Trump did not consult his own military leaders before sending out those messages. The entire Department of Defense was taken by surprise.

But tweets aren’t policy, so at that moment nothing changed. Trump’s Department of Justice went to work suing for the right to put his discriminatory ban into place. The DOJ argued the ban was needed immediately because of the overwhelming risk transgender people posed to the military.

I couldn’t help but think of people like Captain Jennifer Peace who volunteered to deploy to Iraq and Afghanistan. In her 15 years of service she has been ranked time and again as one of the best intelligence officers before, after and during her transition. Was she an immediate threat to our military?

What about Staff Sergeant Logan Ireland who deployed to Afghanistan where he drove the alpha vehicle in his convoy. If someone were to hit an IED first, it would be him. Before that, he helped secure our country’s nuclear assets. When Trump sent out his tweets, Logan was in the field for leadership training. Was he an immediate threat to our military?

Then there’s Lt. Col. Bryan Bree Fram who is non-binary and leading cyberspace and warfare operations and counter drone research. Are they an immediate threat to our military?

At first the lower courts weren’t buying Trump’s argument, putting into place four injunctions that kept the ban at bay. One of our systems’ checks was holding, at least for a while. Then earlier this year the Supreme Court removed the injunctions.

Prior to Trump’s election, this was a bi-partisan issue. Senator Joni Ernst (who has served our nation in the Army National Guard), Senator John McCain, and Senator Richard Shelby were among the many Republicans who voiced their support for transgender service. But since the new ban’s implementation, there has been deafening silence from Republicans on this issue. The House has passed a resolution in support of trans troops. The Senate has yet to bring it to the floor. The check from the legislative branch has failed.

Then there’s the public support for transgender service. In January 2019 Quinnipiac University Poll showed that a whopping 70 percent of Americans support open trans service. Yes, 94 percent of Democrats support it. But 75 percent of Independents also support open service. Even 40 percent of Republicans are in favor. As a nation, we understand that if you can meet the standards of service you should be able to serve, no matter your race, sexual orientation or gender identity.

Democracy is our last check, and it must not fail.

Our country’s history is complicated and messy. We have stumbled, and we’ve even taken a few backward steps, but we have always steadied ourselves and found the path forward.

SideXSide is excited to welcome Rooj to the team as a producer! In this role, Rooj will lead production on a slate of our branded film projects. For Rooj, the ability to tell stories is freedom. The daughter of exiled Yemeni activists, she was taught that...

We are excited to welcome Hannah Long-Higgans to the SideXSide team! As a lifelong musician, Hannah learned from a young age how to bring people into an experience, capture their emotions, and ultimately, to move them. Today, Hannah is an award-winning journalist and...