For World Refugee Day 2021, we partnered with HIAS to tell two stories of men persecuted for being gay: an asylum seeker from Russia (above) and a refugee from Rwanda (see additional video). The intention of the story was to humanize LGBTQ refugee and asylum seekers, and to highlight the fact that in more than 60 countries being part of the LGBTQ community is punishable by law.

These videos were used as part of an outreach campaign through the HIAS email list as well as through social media. Our video work with HIAS is also used for small group education, conferences and major donor outreach.

SYNOPSIS ABOVE: Ilia, a gay man originally from Russia, has been able to restart his life in safety in the U.S. In this video for Pride Month, he recounts his ordeal, his escape from Russia, and how he has “learned to be free” in his new homeland. 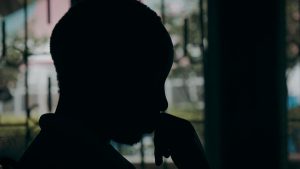